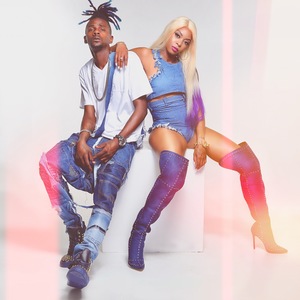 South Florida’s “ Prince Peezy & La La Chanel” are ready for success, and they want you to know it. The Broward County, Florida Hip Hop & R&B duo is creating a strong buzz with the recent release of their video “Shine” on Vevo and YouTube.  Shine is the first single from the upcoming EP "Project X," scheduled for release in 2018. Links have been provided for the media to view the video for "Shine."  Radio and media can receive a copy of the video or audio per request.  When asked why people should care about their music “Prince Peezy & La La Chanel” is quick to respond, “We just do what we love, we put our lives in our music, and we do it for ourselves. We hope that our fans & the world connects.”  They differentiate themselves from other indie artists as a “hard-working group ready and willing to lead the coming age of the indie artist.” As of now, the forecast looks bright for this duo to have their moment to shine in the Florida sun. ### Links for "Shine:" YouTube www.youtube.com/watch?v=dTisIJ7vXqc Links: Website www.peezyandlala.com Sound Cloud www.soundcloud.com/peezyandlala You Tube www.youtube.com/channel/UC9XIJEQYnQw8K1raLdRhr2A Facebook www.facebook.com/peezyandlala Twitter www.twitter.com/peezyandlala Contact: Chris Keplinger Senior Publicist for Entirely PR www.entirelypr.com www.eprmusic.com entire.lypr@gmail.com 615-797-8399